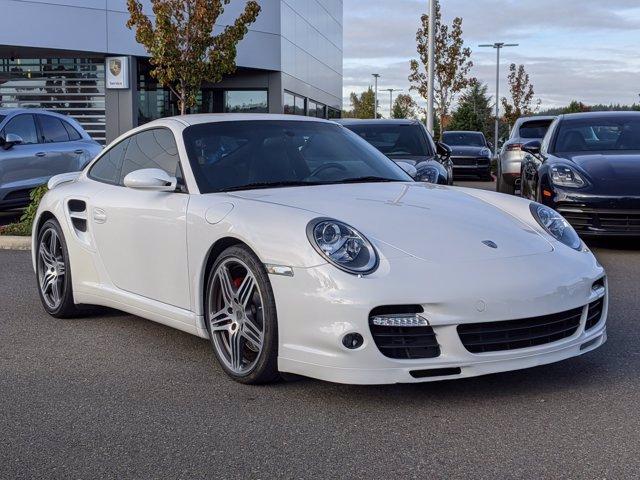 I think it’s time we talk about the 997 Turbo. We are seeing A LOT of Porsche 996 Turbos with teen mileage (or less) with asking prices deep into the $70K’s. At that number we’re getting awfully close to overlap with the newer and faster 997 Turbo’s such as this beautiful example. A quick refresher, the Porsche 997 Turbo, made from 2007-2012, used the Mezger engine derived from the Porsche 964 GT1 car, a 3.6-liter, twin turbocharged flat six-cylinder that produced 470 horsepower and 460 lb-ft of torque. This got the car from a standing start to highway speeds in 3.7 seconds and up to a top speed of 193 miles per hour. 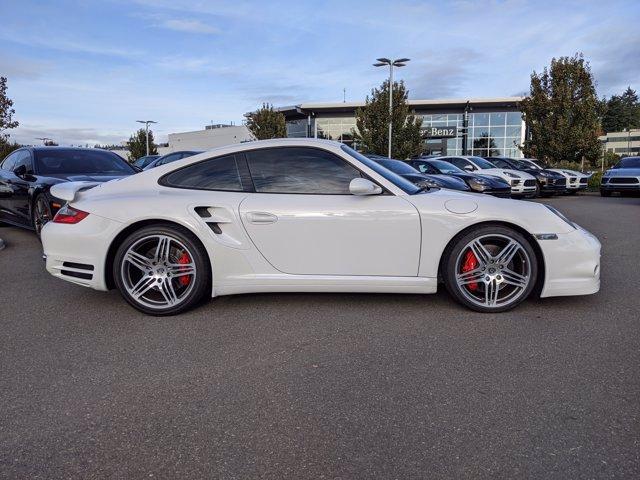 On the exterior this example is stock with 19″ Turbo wheels and optional painted front lip, rockers and rear apron. 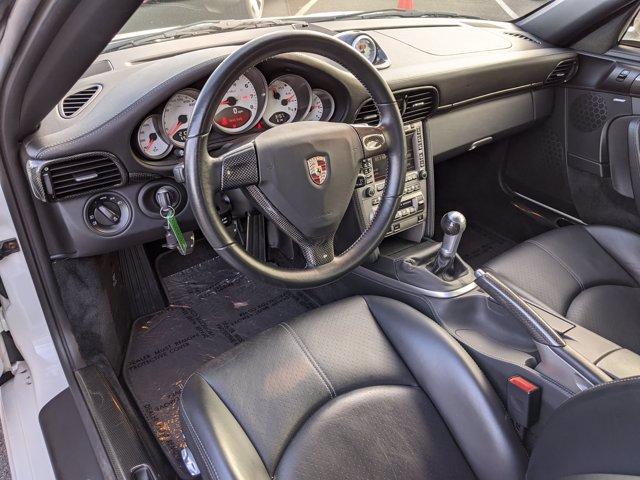 Similar cars of this vintage and mileage are typically asking $95K-$100K, so this appears in our eyes to be priced right. Don’t forget that PPI! Make this Carrara White 997 your #firstflatsix